One of 15 Benefits of Learning Piano

Scientific research over the years has shown that studying music has many rewards, from improving performance in school to dealing with emotional traumas, but the newest research shows that it can do even more than that.  It can fine tune the human brain, biologically and neurologically enhancing its performance and protecting it from some of the ravages of time.

Nina Kraus's Auditory Neuroscience Laboratory at Northwestern University in Evanston, Il., has been studying how music affects the human brain for years now, and the latest study from that busy lab shows that musicians suffer less from aging-related memory and hearing losses than non-musicians.  It is believed to be the first study to provide biological evidence that lifelong musical experience has a good impact on the aging process, according to Northwestern, where Kraus serves as professor of neurobiology, physiology and communication sciences.

Kraus and her colleagues attached electrodes to the heads of 87 persons ranging in age from 18 to 65, all of whom had normal hearing.  About half the subjects had started taking music lessons before the age of nine, and had remained active in music throughout their lives.  The others had fewer than three years of music lessons, and were classified as "non-musicians."

The purpose of the electrodes was to measure what neurologists call "neural timing," or how long it takes for a human brain to process an auditory signal.  The normal aging process slows that timing, making it more difficult to process sounds, even the sound of a friend's voice in a crowded restaurant, Kraus said in a telephone interview.

The electrodes provided a "very objectively quantifiable" measurement of that processing time, which would normally be expected to be considerably slower in older persons than younger.  But that did not turn out to be the case.

Older participants in the study who had made music a big part of their lives could process the signal just about as fast as the younger participants.  The "non musicians," however lagged considerably behind, indicating that playing a musical instrument was crucial to retaining memory and hearing.

"As a musician, you get very good at pulling out important information from a complex soundscape," Kraus said, whether it's a musical performance or listening to someone speaking in a noisy room.  "The orchestra is playing and you are pulling out the violin line, or the base line, or some harmony.  You are always pulling out meaningful components from sound and that's really not all that different from hearing your friend's voice in a noisy restaurant.

"That involves hearing, but it's related to how quickly you can process information and how well you remember it," she said.

Both of those talents tend to decline with age, which is why so many older persons complain of memory lapse and an inability to hear someone in a noisy place.  But this work suggests it doesn't decline, if playing a musical instrument is a personal passion over time.

Kraus said it's not enough just to listen to music.  It's the intensity of actually performing that is the active ingredient.

So music is good, but is it ever too late to start?

"From everything I know about how the brain changes with experience and what I know about the effect of musical experience on the nervous system, my scientific gut feeling is that it can only help," she said, quickly adding that she doesn't have the data to back that up yet.

Asked if she is a musician, she replied:

"I play a couple of instruments, not particularly well, but I play them with great joy." 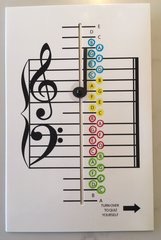